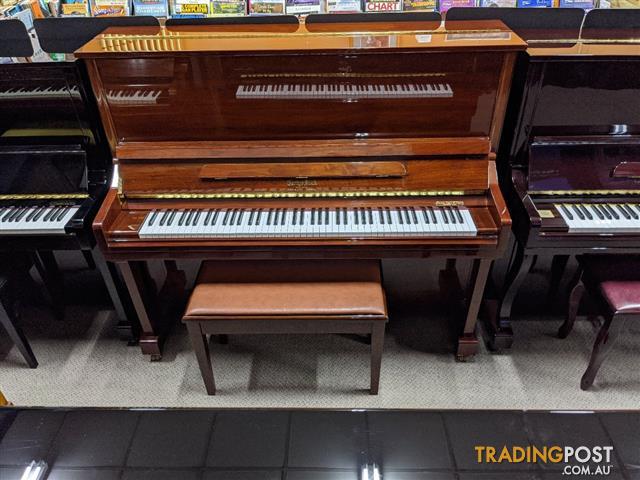 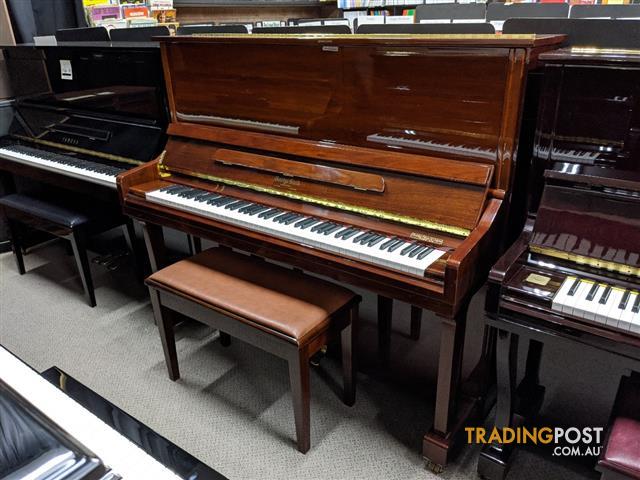 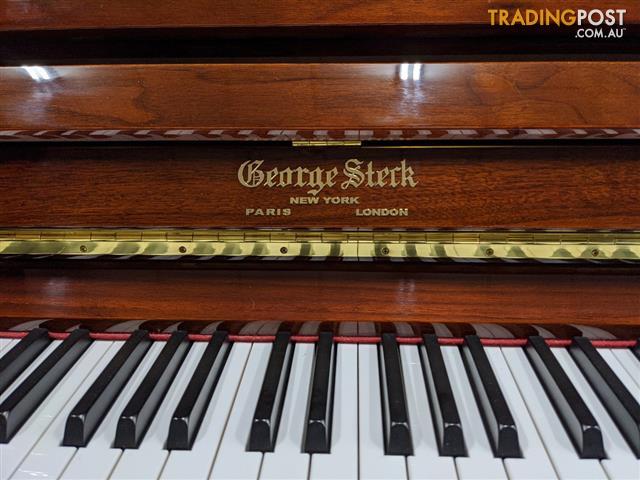 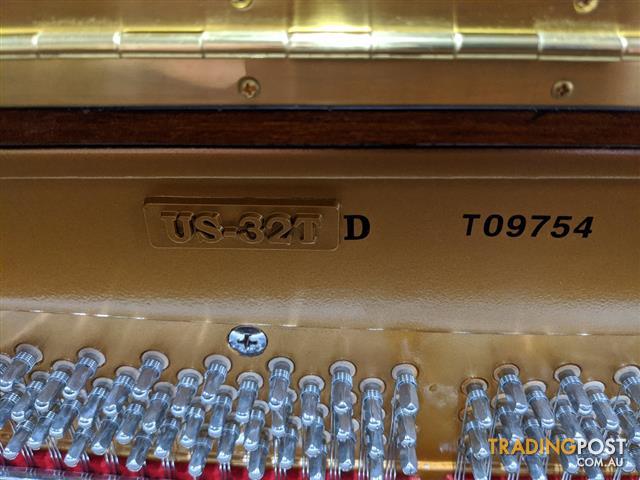 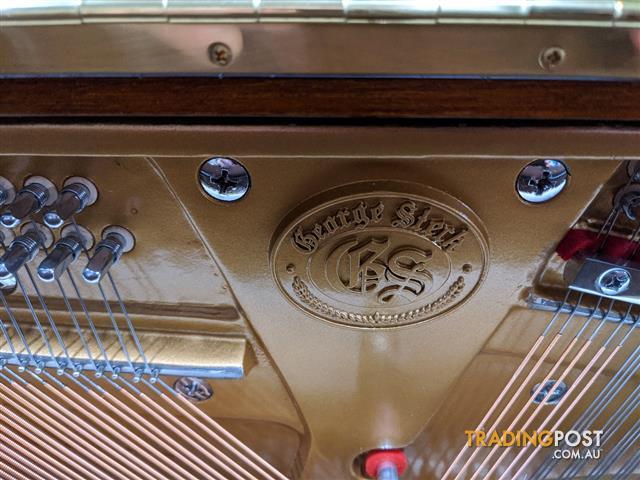 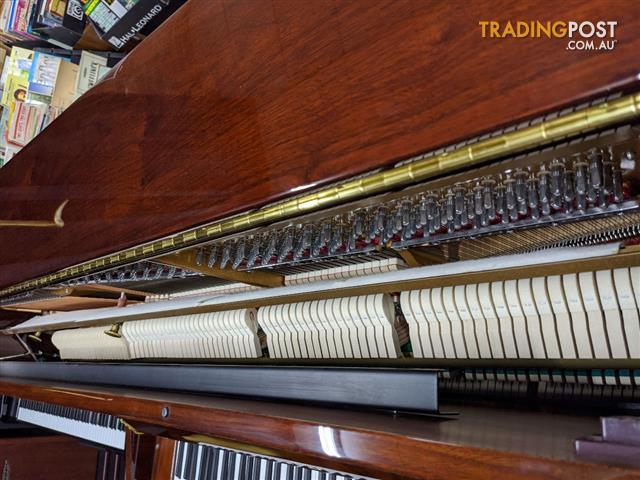 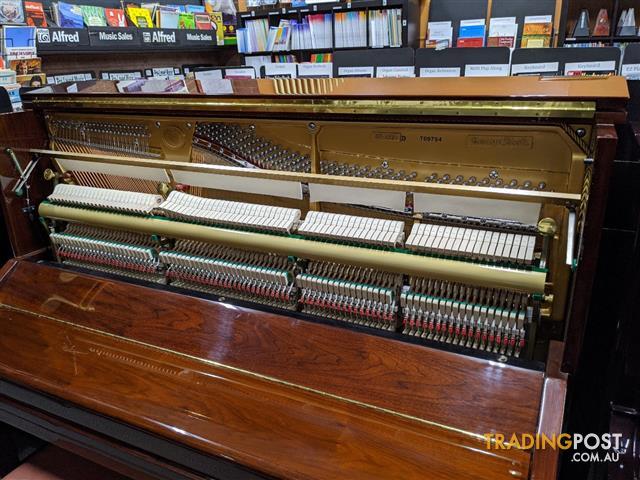 132cm Upright Piano in Walnut Polished Pre loved Upright Piano and Bench Polished Walnut has been maintained and tuned to the highest standards. It is in excellent condition.

This piano is ideal for teachers, beginners, intermediate and advanced students a like. The US32T model would be an excellent choice for parents wishing to invest in a piano that will carry their child right through to higher examinations and performance preparation if desired. It is also perfect for households requiring a piano to suit a number of family members at different playing levels.

Name: Professional
George Steck, of Cassel, Germany, established George Steck & Co. in 1857 at 12th Street and Third Avenue in
New York, NY. The firm had the early reputation of manufacturing high quality pianos. George Steck died in 1897
and the firm incorporated by 1904, at which time the company became one of the many manufacturers acquired
by the Aeolian Piano Co. of New York, later becoming the Aeolian-American Co. by 1932. With the Aeolian
company's backing, George Steck was able to produce a large quantity of pianos and player pianos during the
next several decades, until Aeolian went out of business in about 1985. The pianos built during this time were of
average quality. They then became part of the Mason & Hamlin Corp. until production ceased in 1994. In 1996
the Burgett brothers of Sacramento, California, owners of PianoDisc, purchased the name along with Mason &
Hamlin and began manufacturing George Steck pianos with PianoDisc player systems installed. These pianos
were made in China by Pearl River. In 2002, the George Steck line was discontinued. In 2004 the name was
licensed from PianoDisc/Mason & Hamlin to Chinese manufacturer, Sejung. By 2012, the Sejung factory was
acquired by Chinese firm, Parsons Music, and by 2013, George Steck pianos were being manufactured by the
Nanjing Moutrie Piano Co. in Nanjing, China and distributed by Welkin Sound Inc. of Ontario, California..

By 2015, the George Steck name was no longer used.

Prestige Pianos & Organs has been Australia's home of fine musical instruments since 1973.

Prestige Pianos & Organs stocks a diverse range of leading brand instruments to suit all individual needs and preferences. Our staff focus on helping customers to buy the right instrument at the right price.

Prestige Pianos & Organs is dedicated to providing the right service and advice to its customers. The motivating force behind the business is a love for music and the joy that it brings to people of all ages.

Catch up on all the latest product updates  and information articles. Come visit us today!

Send to a Friend